Gigs and Festivals coming up 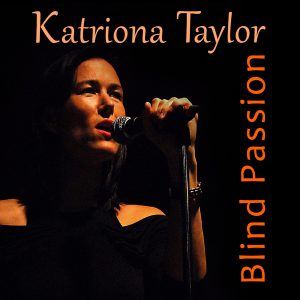 Blind Passion is Katriona Taylor’s fifth album release. Singer/songwriter Katriona, who is visually impaired herself, celebrates the music of blind artists, such as Stevie Wonder, Jose Feliciano, Diane Schuur and Ray Charles, as well as some of her own original songs. This superb album is a blend of Jazz, Latin & Soul, for which Jools Holland has kindly contributed one of his songs. Katriona has performed with the likes of George Benson and the James Taylor quartet and her silky smooth vocals compliment her outstanding arrangements. The album features an array of the UK music industry!s finest musicians.

Travel / Parking: For info on travel and parking click here 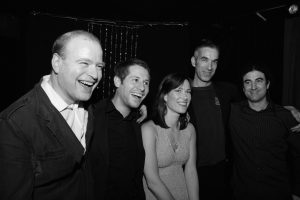 The outstanding jazz vocalist Katriona Taylor presents an EFG London Jazz Festival exclusive show of classic hits of the 60’s and 70’s, all presented in her unique style blending jazz and Latin with a touch of soul.

Fresh takes on songs from Brazil 66, Brian Wilson and Bacharach will be featured along with numbers from Katriona’s widely acclaimed 5th album, “Blind Passion” which brings artists such as Stevie Wonder, Ray Charles and The Doors into the mix.

A well established artist on the UK scene, Katriona is equally at home on an intimate jazz club stage or performing to thousands having performed alongside George Benson and the James Taylor Quartet amongst others on their European tours.

“So lovely to hear, thank you Katriona. Beautifully sung – I love it! ” Jools Holland

Please donate any amount to support this live music during the pandemic, by clicking the donate button below: